Finally, some cosmetic help from Alexa Chung. I'm a big fan of her cat eye makeup and now she teamed up with Eyeko! Watch the videos! She also has help from the fabulous makeup artist Lisa Eldridge. I love their accents!
Posted by Unknown at 2:54 PM No comments: 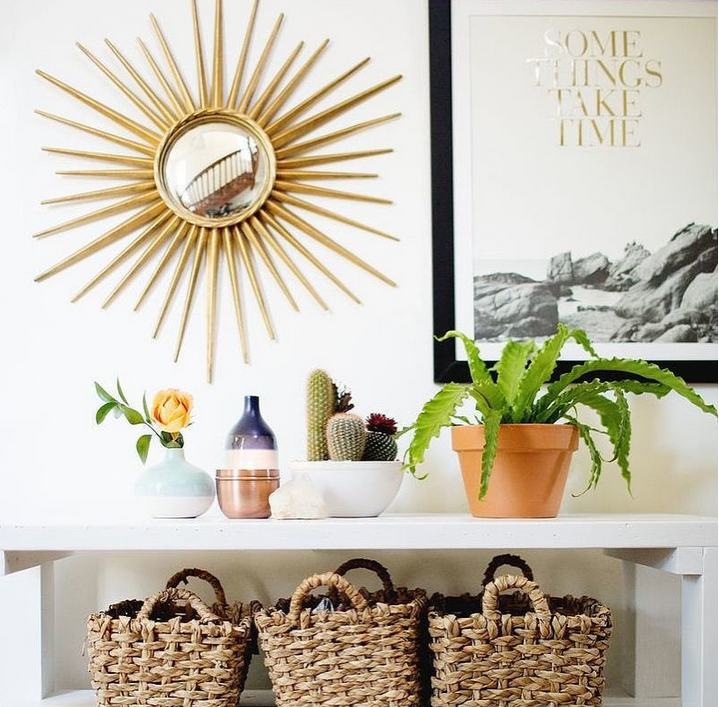 I'm so glad I stumbled upon this article. I just bought a sunburst gold mirror similar or exactly like this from Pier 1 Imports. I don't know where to put it, but this article gave me some inspiration!
Check out this website to see how to decorate in small homes. Have a nice day!
Posted by Unknown at 1:24 PM No comments: 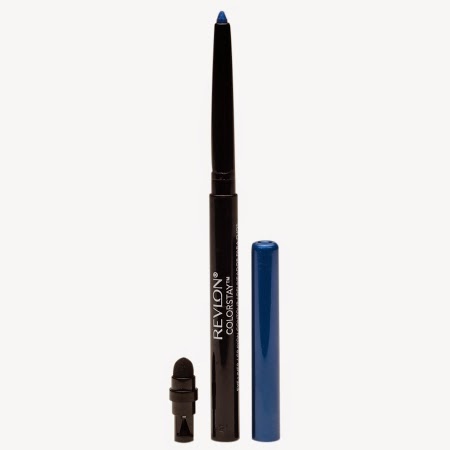 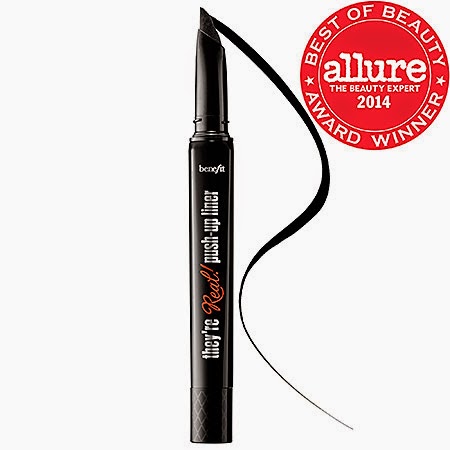 I am addicted to eyeliner. I need to put it on everyday otherwise I feel naked. I'm without makeup only at the beach and at home. I love to try different brands and see what's great for the money. So far I've tried Loreal, Benefit, MAC, Maybelline, Revlon, Rimmel, Avon, Chanel, Sephora brand, and so on. I need to have my "cat eye" and have the line stay on for at least most of my day which is about 10 hours. My eyes tend to get a bit watery from waking up early and allergies. So that means my eyeliner needs to stay put and water resistant or proof is the best! My 2 most favorite eyeliners are Revlon Colorstay Eyeliner which you can buy at your local drugstore or online and Benefit's, They're Real Push-up Eyeliner. I've been using Revlon for years and it never fails! It's my number one because, it's cheap, stays put, and you can smudge it too. I'd say Benefit is my second best since it also lasts long and is precise. But sometimes a little comes off during the ending part of my day, so I need to reapply. It's also a bit pricey. What's your favorite eyeliner?
Posted by Unknown at 1:06 PM No comments:

Evolution of the Stussy Logo 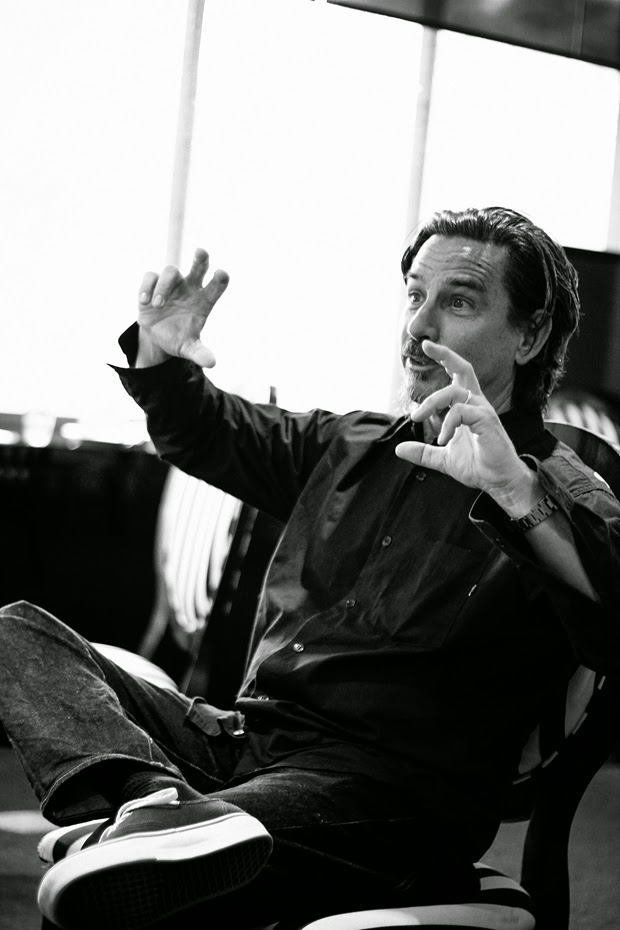 I haven't posted for a very long time. But I stumbled across how the Stussy logo came to be. It was created by Shawn Stussy and this is what he said in the Empire Ave interview:

ON THE STUSSY SCRIPT

Empire Ave: Your scripting is probably one of the most famous handwriting scripts getting around. Is it something that it just came to you, or was it something you’ve had to work on?

Shawn Stussy: Well, the beginning of the logo part was 1979. I always worked through the ‘70s for another shop, Russell Surfboards in Newport Beach called The Brotherhood. I was just a shaper. The logos were very ‘70s, the newer ones were Country Surfboards and Lightning Bolt. Before that was all of the ‘60s logos, were ovals and Dewey Weber and Greg Noll style graphics…

Shawn Stussy: Yeah. So, I’m a punk guy. I’m going to start my own business and the last thing I want to do is make boards like what I thought were the old days. Even though they were guys i respected, I was like ‘fuck you, old guys’. Then I just wrote Stussy and broke away at the end of ’79 and made my first Stussy board. It was like, I didn’t want to be some hippie guy with a big moustache. Those were all my friends, but I remember right then McCoy came to America and McCoy had a big sticker for the time. And I was like oh man, these Aussie guys, if they can do it I can do it. The place I worked I would write ‘shape S Stussy’ on the stringer. And they were like “You fag, glory hog”. I’m like 22 or something and they were like “Dude, you egomaniac.” It was really like hippie guys, you know? And I’m like kind of young and I want my shit to start rolling. So I could just tell, wow, I got to move on here. That was how that happened. I just wrote Stussy…

Empire: Then it just evolved from there where it’s just became an iconic.

Shawn Stussy: Just when it went on that t-shirt at that show and then the guys went, “we’ll buy the t-shirts.” So it was not ever thought through very much. It just kind of happened.

Empire: Just happened, and is that still basically your handwriting now?

Shawn Stussy: Yeah, that was just my name. I wrote it like a couple hundred times with different pens on different kind of paper and just picked the best one.

You can read more of it by going to this website:
http://www.empireave.com/features/featured/shawn-stussy-interview/ 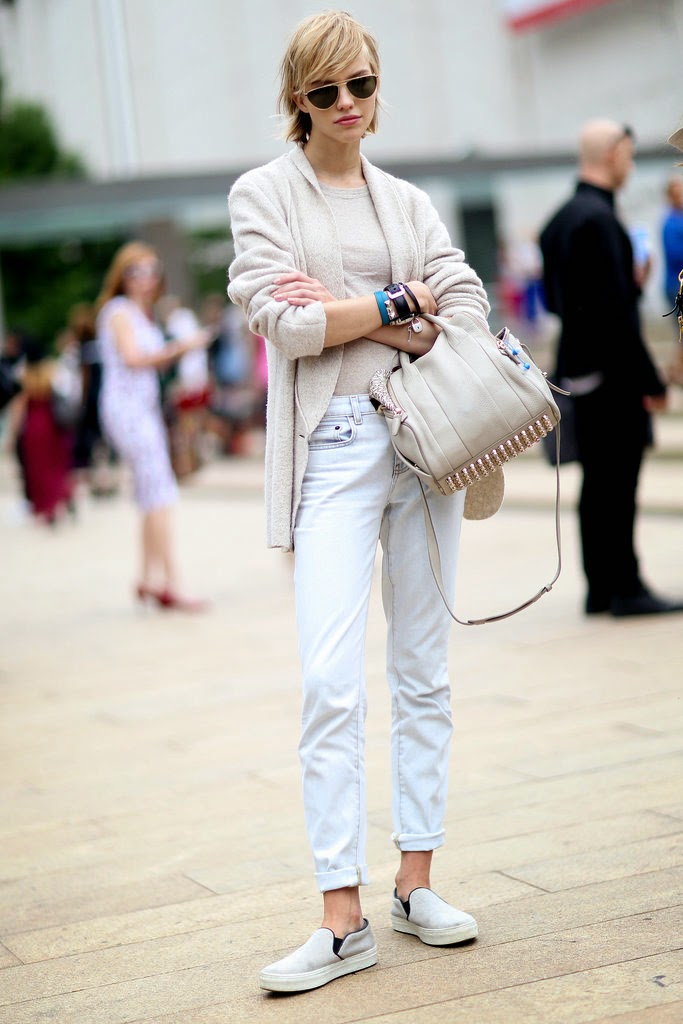 My favorite picture of the day from Popsugar's blog. I love the neutral colors on the model and her bag! Love it! I need to get those white Vans! haha Source: IMAXTREE / vincenzo grillo
Posted by Unknown at 12:29 PM No comments: 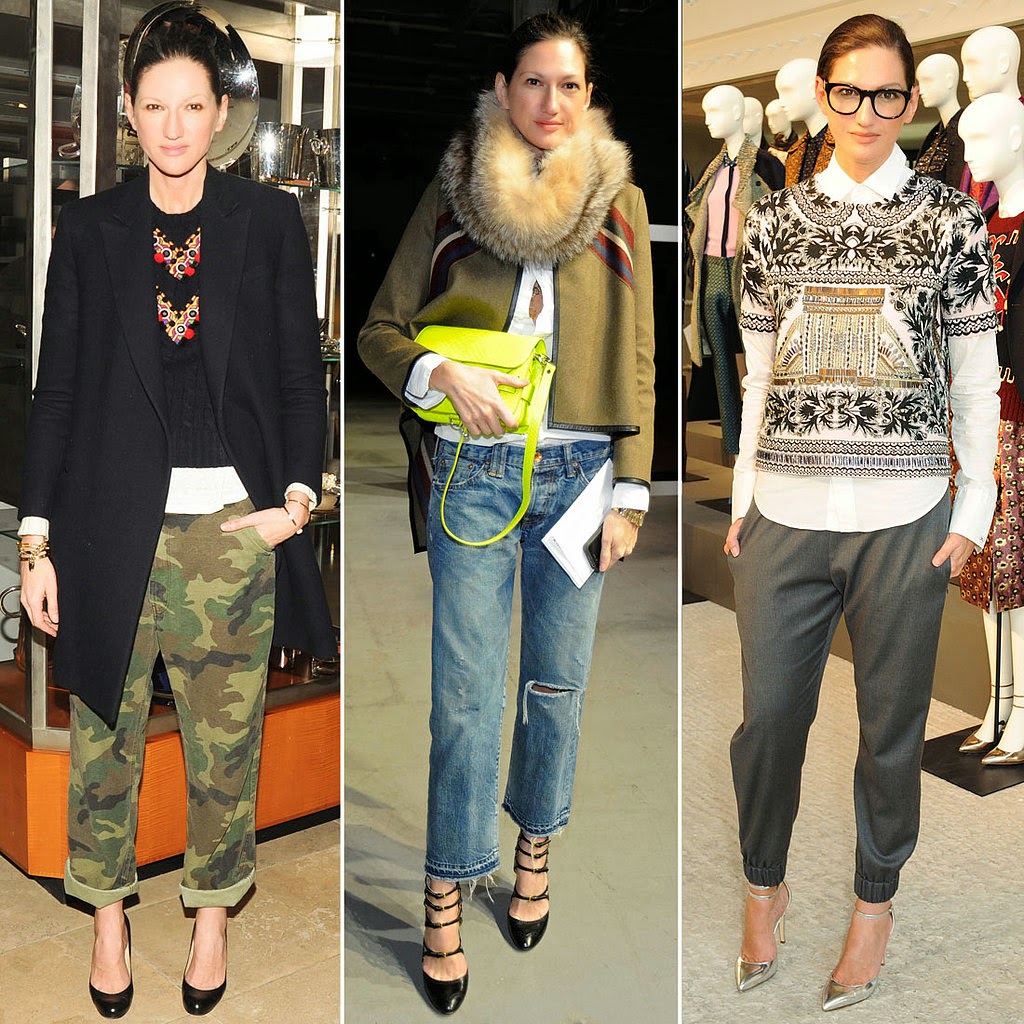 I love Jenna Lyons style! It's so unexpected and fun! But also classy! She's the Creative director and president of J. Crew. I expecially love her crop camo pants and distressed jeans! -source: Billy Farrell Agency
Posted by Unknown at 5:33 PM No comments:

Have a Fantastic Day! 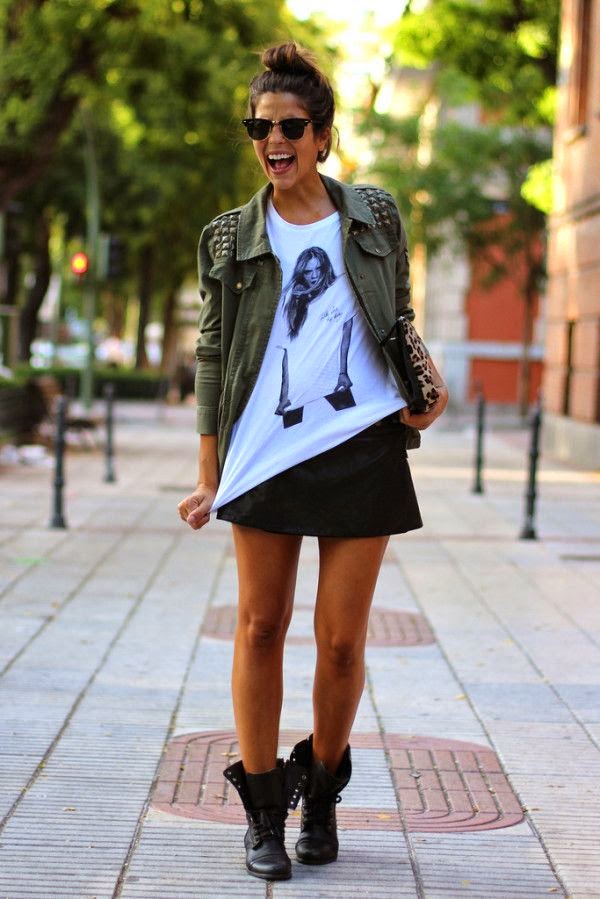 My favorite outfit for today that I found Pinterest! Love the moto boots, leopard clutch, studded military jacket, and her expression. Awesome photo!
Posted by Unknown at 1:36 PM No comments:

I do not own any of the images on this blog unless stated;
The only photos, quotes, and links that I claim to own are under the tag of 'personal', or 'whatdoiwear'. If there is something featured that belongs to you that does not display a credit, please message me and I will be more then happy to apply it for you.